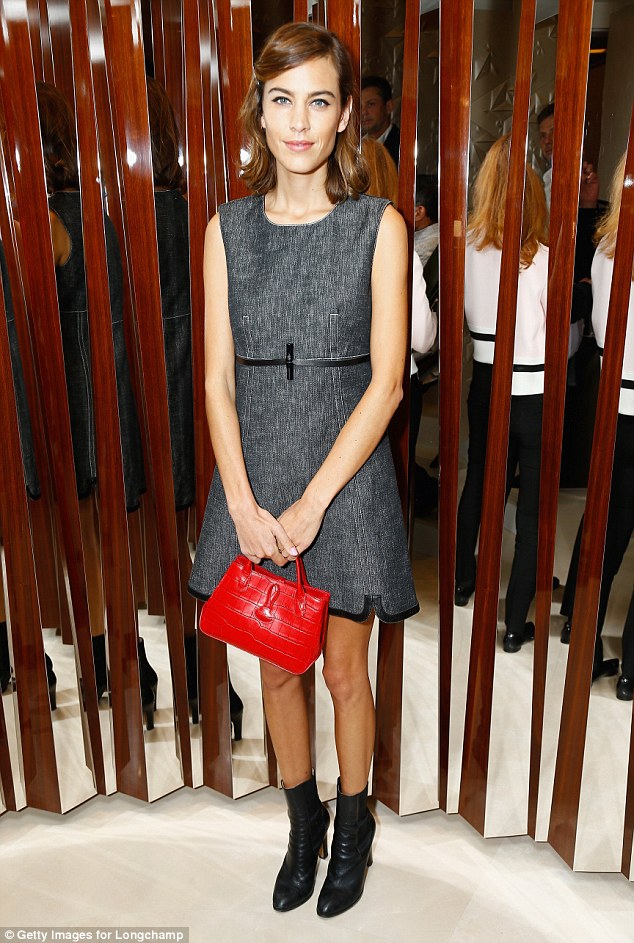 At my health club, there is a certain go-to look among the women of affluence: “Long, lean, timeless and elegant” is the way its described.

It’s a look relegated to strippers, sugar babies, and prostitutes for the most part.

But it can also include tattoo artists, bartenders, figure models, and “convention” girls hired to showcase things like expensive automobiles.

Thus, an incredibly thin body has become the new way to signal wealth and distinguish oneself from the masses.

“I’m successful, intelligent and at the top of my game…”

Alexa Chung Amal Clooney look so under-developed that, in some cases, critics say they appear pre-pubescent.

Some stars appear to have waists the same sizes as catwalk models, many of whom measure 24in — the same as an eight-year-old child.

Achieving this look suggests an abundance of leisure time, which is also important element in this equation, reinforcing the overall narrative.

One must spend hours honing their physiques at the gym, and “the income to maintain a fantastically expensive diet and exercise regime.”

Of course, pressure from outside sources as well as from their own personal relationships play a part.
PERSONAL EXPERIENCE
Many affluent older men I happen to know personally prefer this look in their women.

They see it as intelligent, sophisticated and timeless…kind of the way they see themselves.

The women, therefore, are reflections of their narcissistic projection.

A businessman wants to introduce a Stepford Wife to his colleagues because of what it conveys.

After all, no one could possibly suggest that she didn’t care about her appearance, or that she was unhappy at home…or depressed.

In fact, quite the opposite.

When a man introduces a woman who is curvy or in any way carrying extra baggage, the take-away is that he is less successful, less powerful.

Further to this is simple physics.

Smaller women are also easier to control in bed, thus reinforcing the man’s power and influence. As men age, they are less agile, which emaciation on the part of the partner mitigates.

And finally, there is the “pre-pubescent” thing.

I hate to dwell here, but in my view, many of these men secretly harbor a fetish for little girls. It’s kind of like statutory rape, only legal.

Seriously, why else would grown men prefer sleeping with someone who resembles a 12-year-old child?