Any one of these people could have rolled out of bed 10 minutes ago. 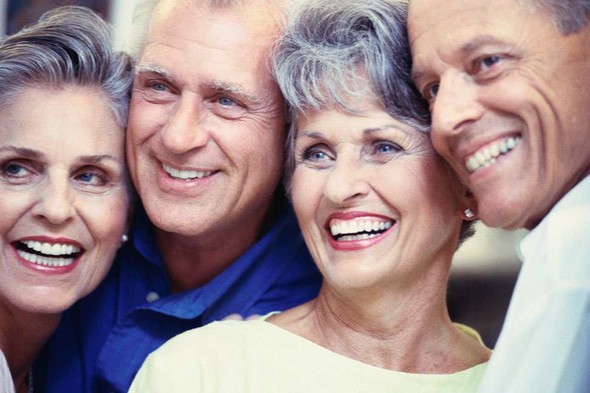 If any of these people rolled out of bed 10 minutes ago instead of several hours ago after hair and make-up for this photo shoot, they’d frighten children.

Last night we went attending the opening of a new art gallery in Houston.

But before I get into this, allow me to offer some perspective.

When I was 25, going out was a straight line between the thought and the front door: I put on some clothes and walked out knowing I looked presentable no matter what I looked like.

If I hadn’t combed my hair, it probably looked better than it would if I spent an hour in front of the mirror with sprays and gels.

My skin was, you know, young,  my jawline sharp. Rarely did I see bloodshot eyes no matter what I did to myself the night before.

And by the way, there also wasn’t a single, solitary hair anyplace other than where it was from the time I was 14.

In short, I was ripe for breeding.

Then time passed…and I didn’t die.

Some say we linger no matter what we actually do, but to the point: I was no longer able to do what I didn’t have to do back in the day.

No, this is not what you want to hear, I get it. Believe me, I know. But we’re here and this is what we have to deal with if we want to, you know, linger.

Now lingering is also relative, so there’s some hope if you’re willing – and/or able – to read between the lines.

For example, people are not static images on a two-dimensional page, so there’s that.

In reality, there’s money and experience and a whole lot of other stuff that creates a composite that often acts as a carbon credit against physical attrition.

But no matter what an older adult has in their favor, they cannot escape an aging appearance, which requires propping up every step of the way in order to maintain some degree of objective attractiveness.

Some things are simply not subjective no matter how you spin the narrative.

So how does all of this translate?

2] Then there’s the hair-where-it-doesn’t-belong thing. We either visit a stylist [usually the case with women], or we do it ourselves, with often catastrophic results.

3] Did I mention diet? Yea, if you want to make it into your 50’s without type-2 diabetes and/or every other imaginable health problem, you have to eat clean, with the exception of one “cheat” meal per week.

4] You have to get plenty of sleep, and I mean 8 hours of sleep each and every night if you plan to remember your mother’s name.

5] You will be forced to conform to a certain set of standards required of adults in nice neighborhoods.

a] You cannot walk out of your home bare-chested, or in a wife beater, or in your underwear without being branded clinically insane and an imminent danger to neighborhood children.

b] You cannot punch out your neighbor for being noisy on a Sunday morning. Instead you will contact your HOA or local police and let them handle it for you.

c] You will abstain from contentious remarks or unnecessary cursing, lest you be excluded from HOA meetings that will now involve discussion about what to do about you.

6] You will stay in reasonable shape, which your personal trainer will help ensure.

7] If your wife or girlfriend is significantly younger than you, expect not to invited to social functions involving age-appropriate wives.

8] Nobody cares if you’re a member of the LGBT community as long as your home and lawn are well manicured.

9] If you own a vehicle not on the acceptable vehicle list, you will be labelled curious, and usually outright dismissed.

a] Acceptable adult vehicles include, Range Rover, Lexus, Porsche, Chevrolet Yukons and Suburbans, Mini, Audi, BMW, Jaguar, Maserati, Ferrari and classic muscle cars in pristine condition. I may have missed one or two, but you get my point. Lamborghini is considered     white trash no matter how much money you have.

b] Vehicles on the kill list included any late model muscle car and Econoline vans.

10] Finally [for the moment] you must know the law. If not, you can and will be sued for anything and everything imaginable, including everything.

a] Understand that many affluent people are bored out of their minds, particularly if they’re in bad physical shape, hate their wives, or suffer clinical depression stemming from fading relevance, leaving them staring down the barrel of destiny. Thus, always be considerate of others, understand that you live in a neighborhood of which you are a member [not a king], and abide by the statutes set forth by your home owner’s association. While your kids can do pretty much anything they want, leveraging youth against bad behavior, the buck will always stop with you.

Yes, I know, getting older can be a friggin’ nightmare, but it’s not without its perks.

I’ll elaborate in my next installment. 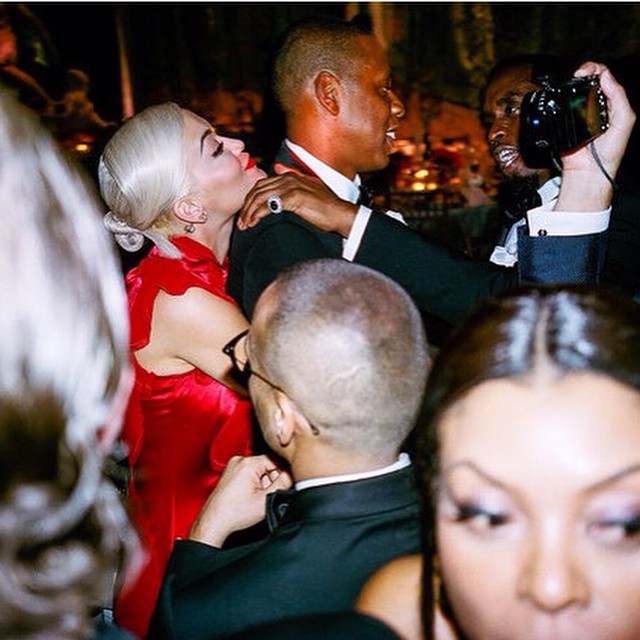 There was a time not long ago when I loved being the center of attention.

I was struggling through an endless series of speed bumps to nowhere that I medicated into oblivion through fleeting relationships and, still people clapped.

Of course, I was young and handsome and well spoken, and therefore, “in demand” as such things go.

These assets alone eclipsed whatever was absent everywhere else, as evidenced in the hostess-CEO paradigm.

But as time passed and my career grew, I found that I needed more tangible affirmation in order to maintain self-esteem.

I was getting older and youth was no longer the hook. So what was?

It had to come from within, but how? as the need for external affirmation felt like an addiction to painkillers?

Where was that now lost screw that kept the joints rattling?

I was becoming unhinged.

I was one of the lucky ones, as others around me lost everything to time, desperate moves and bad luck.

As cliché as it sounds, I began to find meaning in sharing my life with someone else, and everything else started to fade.

I started to find that going back to the social till bled a little more of me, leaving me empty and unfulfilled.

While I still appreciated public acknowledgement of my work, I saw it all very differently, as simple self-expression, a way of working through issues in my life, rather than a veiled quest for self-aggrandizement.

I know that for the most part, praise is just posturing, something people feel compelled to express in a particular social context.

But what really mattered to them was money and power.

Even when they are genuinely impressed with an artist’s work, their feelings are ephemeral, fleeting and largely meaningless.

They will move on to the next cocktail function, cherry-pick another item of interest, and on it will go, forever.

In the end, no one really cares unless they receive something of equal measure.

For most it’s the public acknowledgement that they are of powerful social standing, transcendent of art.

In their minds, they are the bedrock, the unassailable…oligarchs of an otherwise trivial world.

Of course, challenges do arise [to my great amusement], particularly when such people are in the company of the equally rich and very famous.

I love all the fraying at the edges of vanity as they maneuver themselves back into the ring.

We all find our niches in the world, places that affirm us, reflect our standings and values, that don’t obliterate our self-esteem.

I live in a neighborhood of my peers, and spend time socializing with people who, for the most part, share my values, beliefs and social standing.

I no longer need or want anything from anyone else.

I have already paid my dues many times over and no longer walk into a situation with my hands out.

If people like what they see, if it has some meaning for them, great.

Either way, I am no longer willing to sell myself for anyone’s approval.

Socialites do what they do for personal gain.

Whether it’s Look at me, how wealthy I am, how extravagant my clothing, how elite my connections…or…How the hell do I get into this club so I can move out of my apartment, it’s a game I’m no longer willing to play.

For those of you who wish to gain access to the right parties, hosted by the right people with an eye on their bank accounts, you know where to go and what to do.

1] People tend to do what they do for personal gain, even when they are the ones “giving.”

2] Nothing is ever free, even when people are throwing something at you.

3] Life is about checks and balances, usually literally.

4] People you like are usually those you’ve vetted over time, not people you meet at cocktail functions.

5] Fund raisers are usually a subtle dance around who’s got the biggest “dick,” both men and women.

6] Hanger’s on are like sous-chefs waiting for the big dog to fall into a vat of boiling grease.

7] Art is worth nothing to most people unless Christie’s auctions it.

8] Opportunism is gaining access to something you can’t find within yourself.

9] Everyone uses everyone for everything on some level, even if it’s a good laugh. So it’s all about levels.

10] While socialites serve a useful purpose in society, nobody cares who they are if they’re not raining money.

Venting is cathartic. It’s why I write and shoot pictures.