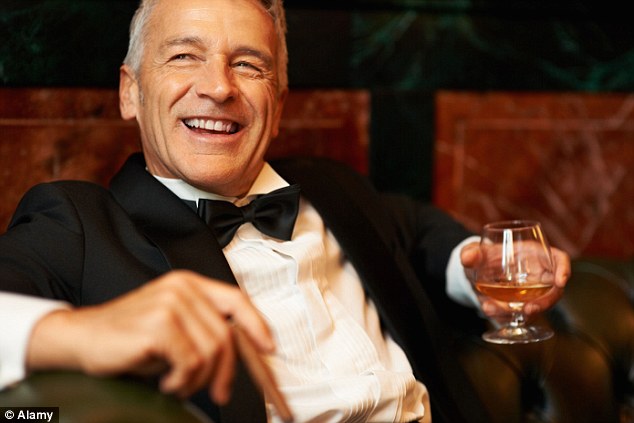 According to the online journal BMJ Open, “active, affluent people over age 50 in the U.K. appear to be at greater risk for harmful drinking behaviors than their less successful peers…”

“…a 10-year study of alcohol use transitions among men aged between 50 and 65 in the USA reported that the different trajectories of risk were associated with age, education, smoking, binge drinking, depression, pain and self-reported health.”

The defined risk of harmful drinking following the guidelines set out by the National Institute for Health and Care Excellence (NICE).

NICE has defined the following levels of risk of harmful drinking:

Most of the men I know drink more because they have more time to play.

They don’t have to get up every day at 4 am to work in the coal mines, or sit behind a desk and look alert at an office farm.

Time is at their disposal.

The great thing ab0ut money is that you can buy a lot of things without thinking much about it.

Add time to money and you have lots of exotic vacations where people drink at all hours of the day and night, including room service at 2 am.

During the cultural season we could be talking about 4 or 5 events during the course of any given week.

What the hell else are you going to do at night when you don’t have any particular time you have to go to bed?

A glass of wine or two over Law and Order sounds logical to me.

Existential pain is a bitch and one way to fight it is to drown your sorrows in another depressive.

I could go on with this, but you get the picture.