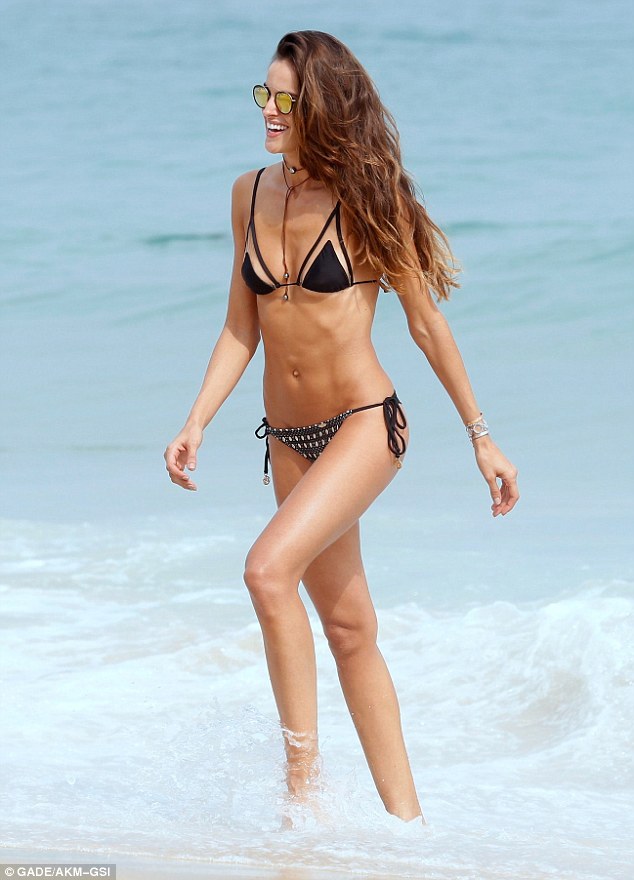 Disclaimer: What older men claim to prefer in terms of physical proportion in women –– and what they actually crave behind closed door are often two entirely different things.

This aside, according to the vast – and I mean VAST – majority of affluent older men I happen to know, the preference is “skinny and proportionate” like Ms. Goulart [above].

In fact, this look has become so ingrained in this upper echelon demographic that every woman exhibits symptoms of an eating disorder.

But why exactly do such men choose skinny women over what every poll ever conducted in the history of mankind has indicted: a preference for curves?

Skinny is the safe choice. No one will put you down for choosing a thin woman.

The are no “saddlebags” references or related vitriol likely to embarrass and man who wants the world to see his conquest on an existential plane.

Fem-bigot-ageist narrative suggests that men prefer skinny women because they are easier to physically dominate.

While this is certainly true, one must also understand that older men are less inclined to make sex a full-on workout, so the more a woman can do the better.

As every man who sleeps with women knows, the bigger they are the smaller “you” look.

I’ve heard men say that a drop in just 10 pounds can add a full inch in both length and girth.

On a related note, men report that with skinny women they can penetrate deeper because there are no “fat ass cheeks or thighs to work around.”

And while I have little experience in this regard, it does make sense from the standpoint of basic physics.

#4] Look great in designer apparel, or anything else for that matter.

As one man put it, “I have dated a few tall skinny model types, and there is absolutely a feeling of “Winning” with one by your side. I have precious little use for social standing at this point in my life but it is a nice, unique perk.”

Such women are born and bred for fashion, which is why they go to Gucci instead of Target.

Their commodity value hinges on their ability to morph into whatever a man of the world envisions his mate to look like, particularly in public.

And because their frames of reference are all the same, their women tend to resemble one another.

Like any investment, men are looking at all aspects of an acquisition, longevity being one of them.

If he builds a house today, will it be just as attractive 20 years from now?

So while “curvy” women may be fun for many in the bedroom, skinnier ones hold up better for long-term relationships and/or marriage

While superior intelligence has no basis in truth, skinny women just look smarter.

Of course, the same applies to prostitutes.