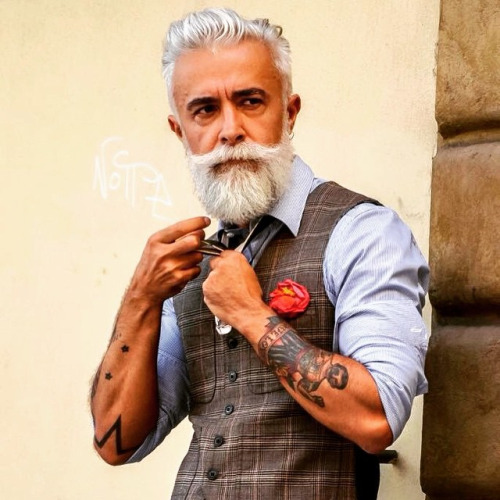 Ask most women to name an age when men start losing their sex appeal and most would say 39-40.

What would you pick?

The consensus from pop culture and social science seem to agree that 40 is the line in the sand when men start to become “invisible” to opposite-sex potential partners, and especially to younger ones.

Most teens don’t look at men over the age of 25, so it’s all relative.

British Crown in Manchester, a hair transplantation clinic, paid for a study started all this crap.

It’s findings were that men 39 or older are more likely to be identified by women as a “father figure” than a “sex symbol.”

Needless to say, the clinic had an agenda in mind.

Since most men lose hair along with color, we need to book an appointment at our earliest possible convenience in order to avoid suicidal tendencies.

The web is littered with this ridiculous “study,” mostly because no one else has bothered to commission a legitimate one.

What I have found through personal experience is that women consider “ideal” and “perfectly acceptable” to be the same things.

Again, I’m not talking about teens. Their objectivity is palpable. But they can afford it, so there’s that.

For everyone else, here’s what women I know cite as critical to a man’s enduring sex appeal:

1] Maintaining Your Hair, no matter how much – or how little – of it you may have.

So, in other words, get a decent haircut and let the gray do its thing.

The alternative is to shave your head, which many women like, but only if the head in question does not resemble an egg.

If it does, you’re screwed.

I don’t know anyone my age who doesn’t stay fit, no matter what their hair looks like.

3] Take Care of Your Teeth

Most men I know have straighter, whiter teeth than they did at 25, real or fake.

The men my age who’ve done well in life tend to be confident.

Thus, successful men are attractive to women at pretty much any age.

All of these “studies” are complete bullshit.

They play out in abstraction, not reality.

In reality, where the rest of us reside, young men attract women because they are physically flawless and ripe with potential.

Older men, on the other hand, attract women because of their level of success and the maturity and confidence that comes along with it.

People say a lot of things from a distance, but in the end, women see with their ears.

And yes, nice neighborhoods do sound pretty damn good to most of them.