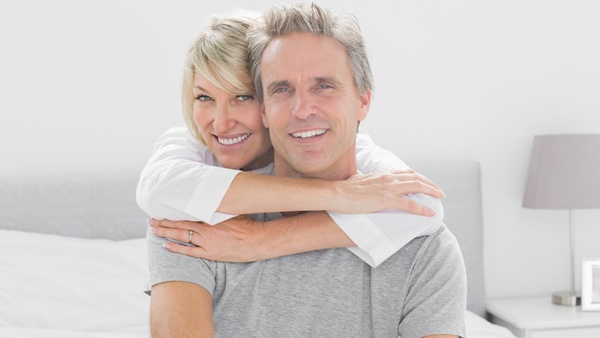 Waning sexual performance is one of aging’s cruelest jokes.

We travel through adolescence into young adulthood armed [or burdened with] with sexual impulses that would make any garden variety psychopath proud.

At this juncture in life we are the most physically resilient and sexually motivated. Our bodies are wired to conquer and populate, our minds to dream big and run on 4 hours of sleep.

Then we age and everything falls out of balance.

Centuries ago we would have been dead by now, or babbling old soothsayers people compensated with dry biscuits in exchange for sage advice on how to kill yourself before you ended up like them.

Enter the 21st century and the once deceased 50-60-year-old men are now running the planet, which would not be possible without radical advances in medical science.

Science is an older man’s best friend, because no matter how fastidious we are about physical maintenance, the ravages of time will exact that pound of flesh without help from the outside.

The things we are biologically wired to do are the same things we steadfastly refuse to do, so it’s now a battle between human beings and biological destiny.

For example, we are supposed to be less interested in sex as we age because we are less able to physically protect and care for our young.

This is one example of how we balance the attrition.

Another discussion point is that we are no longer “adventurous” sexually because we aren’t controlled by a tsunami of  sex hormones. But most people I know consider this a blessing. After all, there’s a difference between a good sex life and a conviction for lewd exposure in a parking lot at age 55.

Then there’s less frequency, but sex is always less frequent when you’re in a long term relationship no matter what anyone tells you to the contrary. There is no way to maintain that level of eroticism if you also require a coherent conversation.

Some have even even further to suggest that sex does not even necessarily have to involve intercourse and orgasm, but in relationships I’ve known, there is no sex without both.

Of course, if you’re a sedentary age-relevant couple of 60, you’re probably fine with a handshake and glass of wine over history books.

Note: Many older people like history because it reminds them of how young they are relative to people like Julius Caesar.

The answer is simple: Sex must involve intercourse and orgasm, which a combination of hormone replacement and erectile medications will mitigate in a heartbeat.

So science to the rescue for both men and women.

The lesson here is that things change as we age, but there are solutions that didn’t exist not long ago. In this sense, we are blessed to be able to live as we never have for as long as we have.

Our job is to maintain our physical health and take advantage of everything science has to offer.

Now you know one reason why  [and how] affluent urban men represent the lion’s share of inter-generational relationships.