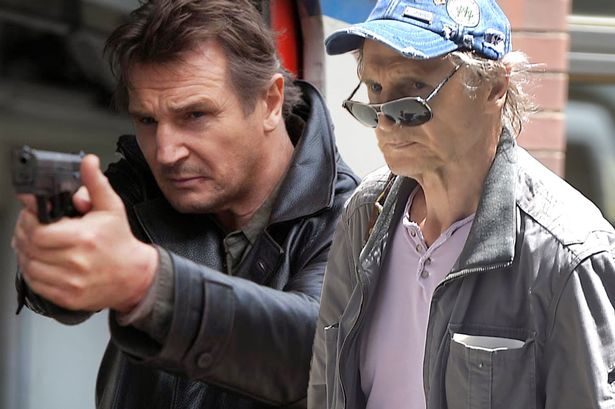 ‘What I want more than anything is for it to be ignored. I just hate it and it makes me feel vulnerable. It’s such a private thing — the day you were born, the day you came out of your mother’s womb.

‘Some people hire a boat and do grand things like that, but I just get embarrassed about that sort of celebration and attention.’

As far as Hollywood is concerned, a 63-year-old actor is supposed to be fit, muscular, dashing…and yes, sexy.

A lot of this is projection, as many industry people are themselves middle age…and beyond.

But in the end it just gets down to pandering to a massive Baby Boomer market in denial.

This aside, how do a very select few 63-year-old men manage to maintain extraordinary levels of youthfulness?

8] A willing suspension of disbelief on the part of audiences

Nobody wins this war.

We can be in spectacular shape at 63, but we’re still 63 no matter how imaginatively anyone spins it.

This is a particularly tough pill to swallow for older men of health and means.

They can afford to travel, dine at 5-star establishments, buy expensive toys, and date beautiful young men and women.

But the problem is that they have very little time to do it before the other show drops.

Think older man’s version of Ferris Bueller’s Day Off for adults and this begins to make sense.

This is why denial is my generation’s crucible. 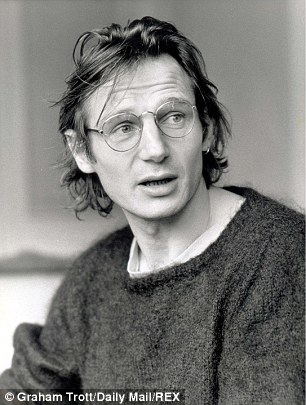 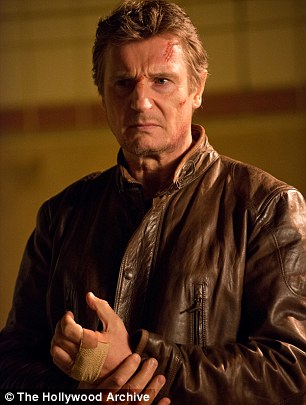 When many people envision a 62-year-old man, they don’t see Liam Neeson.

What they do see, quite frankly, is a stereotype many of us in this general chronological ballpark don’t resemble.

Not even close, actually.

So what’s our secret?

Comments: Eating clean will become a part of your daily ritual. You will eventually learn that while cheat days are occasionally acceptable, it’s best to stick with cheat meals. An entire day of bad eating will cost you a week of rehab.

2] Get plenty of rest. 8 hours a night is like not having to pay a plastic surgeon before their time.

Comments: In the days before I had a live-in girlfriend, I was out 6 nights a week. My sleep habits were all over the place, but the “running the nights’ rush helped mitigate whatever I lost in REM 4. Of course, I was also younger, which helped. See, the older you get, the less help you get. If this is lost on you, go back to therapy. If you’re more comfortable with an internist, they’ll probably refer you to one.

Comments: The function of the kidneys, which helps to regulate fluid, declines with aging. The ability to recognize thirst decreases with aging — sometimes older people don’t realize they are thirsty. With aging, the amount of body water decreases. So even a small change in fluid intake can cause dehydration. The fallout from dehydration just isn’t worth it.

4] Workout every day of the week: 3 days of weight training, 3 days of cardio, 1 day of stretching and recovery.

Comments: Don’t freak out. I’m not telling you to spend your entire life in a gym. I’m asking for one hour a day: 3 days a week of resistance training for strength, flexibility and bone density, followed by stretching. 3 days a week of cardio at 60-85% of maximum, followed by stretching. 1 day a week to recover. I spend a little time with foam rollers and lacrosse balls to break up the fascia and improve blood flow.

5] Manicure your face: trim eyebrows, nose hair, ear hair, and whatever other hair you may or may not have.

Comments: There’s nothing that says “I’m oblivious” than a lack of personal grooming. A lot of old guys look like tree moss. It’s pathetic. Clearly, they’ve given up. But just remember, when you give up, people give up on you. Put another way, you disappear.

Comments: A lot of guys give me shit about my rather robust regimen of skin products, but they never fail to suggest that I’ve gone under the knife, which is not true. What is true is that I take care of my skin because it no longer takes care of itself. My suggestion is that you see a dermatologist for an overall assessment and product suggestions.

7] Keep “toxic” stress levels low. There’s a difference between good stress and bad stress. One gets you out of bed. The other one puts you in the ground.

Comments: One of the many downsides to getting older is that stress is not something the body handles as well as it used it. The good news, however, is that you don’t have to put up with as much crap as you used to, so use that to your advantage as much as possible. I use the line, “at this stage of the game, I’ve earned the right to just say no.”

8] Choose you gene pool carefully. Unfortunately, this one’s out of your hands, which is a drag since it also happens to be the most important one and the main reason why you have to follow all of the aforementioned rules.

Comments: Your genes will determine the lion’s share of how your life plays out. Some say that only 15% of what you do changes the course of destiny, but I disagree. With perfect genetics I could overdose on heroin at 18.

9] Never let a photographer with an on-camera flash get within ten feet of you for photo ops. If you do, you’ll understand why you should not have allowed this in the first place.

Comments: Understand that you cannot compete with your 25-year-old face. This is why professional models tend to be children in adult clothing. With this in mind, the closer an on-camera flash gets to you, the worse you will look. So either tell the photographer to lose the flash, or step the hell back.

10] If your girlfriend is significantly younger than you are, come to terms with the fact that you will get older as she appears to get younger.

Comments: This is a very real problem for both genders who date inter-generationally. The upside is that the younger of the two will always be appear physically beautiful. The downside is that you will always look like their parent no matter how good you look. There is a hidden cost in every seamless transaction.