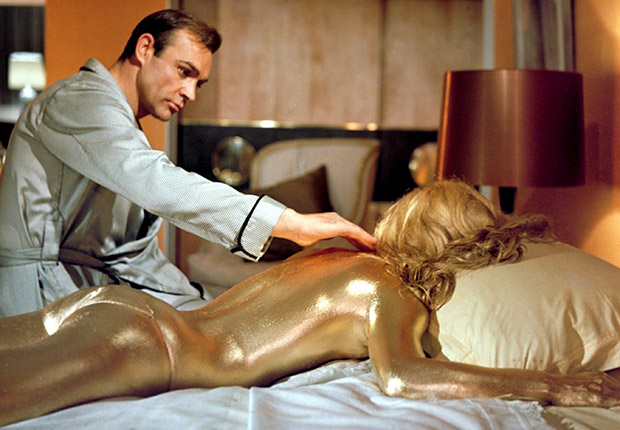 According to Match what she wants…

Joy Parsons, 63, of Oklahoma City, OK, says more kissing and cuddling is at the top of her sexual wish list.

“Too many men I’ve dated recently just pop a Viagra and expect to get straight to it,” she confesses.

“But I for one need an appetizer before I jump to the main course.”

Comments: No question there’s an imbalance here, just as there is with men who take steroids versus those who don’t.

Pharmaceuticals throw off the natural order of things leaving many, in this case, older women in its wake.

2] To get their sexy back

“During lovemaking, I don’t want to worry about what my neck looks like,” confesses Sheila Clarkson, 59, of Las Vegas, NV. “Deep down, I still feel 19! I want my lover to make me feel as desirable and hot on the outside as I feel on the inside.”

Comments: This is a tough one because men are already staring down the barrel of mortality. My suggestion to older women is to find a man who’s comfortable with mortality.

Francis Becker, 55, of Tacoma, WA, says that emotional bond is indeed what drives her post-50 sexual encounters. “I need to feel like I’m reaching a higher plane with someone,” she confides. “After a long and bitter divorce five years ago, I decided that before I slept with someone, he’d have to win my heart first. I don’t take sex lightly, and I don’t want my partner to, either. We need to connect on a spiritual level.”

Comments: When older men think of emotional intimacy in the context of sex, they’re usually running for the hills. Men see sex as a primal act, and any attempt to disrupt the flow sets up a clear and present danger to their masculinity. My suggestion is to substitute fantasy to avoid triggering the Madonna-Whore Complex.

According to Match what he wants…

James Franklin, 62, of La Canada, CA, says the most important thing to him in the bedroom is knowing that he’s turning his partner on. “After 60, I don’t always perform like I used to,” he confesses. “So, during sex, it’s crucial for me to know that I’m still a great lover. It’s up to her to send me that message loud and clear.”

2] Less pressure to be the best ever

When and if things don’t go as planned in the passion department, it’s important for women to not make a big deal about it. Instead, take this opportunity to discover ways to give each other pleasure that don’t include intercourse. Give back rubs. Caress each other’s bodies. Instead of getting frustrated or saying ‘I give up,’ explore new avenues of pleasure.

Comments: If you’re with someone who loves you for who you are and not what you bring to the table in stocks and real estate, you’re free to just be yourself. If, however, you’re in shit shape and falter repeatedly in the bedroom, it’s time to see a urologist.

3] More surprises in the sack

Men in midlife don’t want to get trapped under the boredom rock. They are looking for spontaneity and a bolder approach, both in the bedroom and out. Boredom simply isn’t conducive to passion.

Ray Brown, 71, of Jersey City, NJ, found when he started dating a new woman last year. “She was only interested in one position, and she told me there was to be no talking during lovemaking—ever,” he says. “After three or four encounters, I felt like falling asleep! I need someone who’s going to keep me guessing, not someone who somehow manages to make sex boring. Now more than ever, life’s just too short.”

Comments: After a single encounter, I can determine – without a shadow of doubt –whether or not we’re going to be sexually compatible. No one stays with a woman who puts them to sleep in the bedroom. Life’s already on a short fuse and no one’s giving up a single second more than they absolutely have to.

If I happen to offend anyone with what I’m about to say, please understand that reality doesn’t give a crap what you or I think. It just is and WE either accept it or drop another Quaalude.

Most guys in my socioeconomic demographic who happen to be back in the singles market are not dating women their own age. Most women are 20 years younger…or more. This is considered age-appropriate, and therefore, normal.

Such women are not as concerned about how sex plays out because their bodies still work the way they used to. This is one reason men re-set the baselines.

Most of what this article refers to are men and women in the identical age demographic, which, as I have always said, is best left to people with either low libidos, low self-esteem, or physical and psychiatric disabilities.

In this sense, youth and money are synonymous.