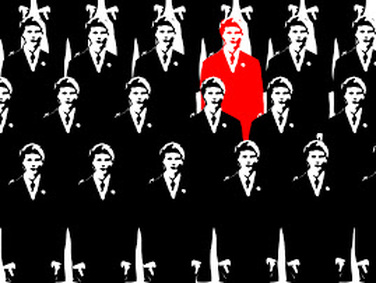 Relevance is simply the noun form of the adjective “relevant,” which means “important to the matter at hand.” Artists and politicians are always worried about their relevance. If they are no longer relevant, they may not keep their job. Someone without relevance might be called “irrelevant.” https://www.vocabulary.com/dictionary/relevance

To most people, is kind of like an escape from Purgatory. No more work. Spending time on your own terms.

But for others it’s more like death in slow motion, where everything you accomplished, everything you were in the eyes of the world, fades into oblivion.

I grew up in a family where the mantra was something along the lines of…“build a business, make a lot of money, have people know who you are.”

So funny, because nobody has the vaguest idea who you are, but rather [and most importantly], what you do.

They’re supposed to be the same things [but aren’t].

Fast-forward decades and I still struggle with this alongside many of you.

Who are we now that we are no longer at the helm of the world, fully engaged in the mechanics of commerce and life as we knew it before retirement?

Ask most retired pro athletes and you’ll get my point.

The body can only take so much abuse before it surrenders. The shoulders give out, joints ache, tendinitis becomes a reality you can no longer overcome.

You retire and suddenly the applause stops because you are no longer playing, no longer relevant….no longer ‘alive.’

But it’s rarely enough to fill the void.

The same is true for millions of other successful men who discover that retirement isn’t what it’s cracked up to be, and, in fact, is more like an existential death sentence.

What’s the point of living of you’re not ‘doing?’

What happens when people forget your contributions…when they assume you held a desk job at some insurance company and are thankful not to have a boss breathing don your neck?

Psychologically healthy people don’t give a crap what you think, what you know. They care about what they think, what they know. If you don’t like it, find another fishing buddy.

But it’s been my experience that such people are either filthy rich, and thus, can afford not to care, or what they have accomplished speaks for them.

I bring all of this up because I have decided to go back into the business of photography … because I miss it.

But it’s been over 10 years since I was active in the industry, while I pursued fine art photography and writing.

So imagine trying to get back in the fray after a 10 year absence and you find yourself back in the mail room.

It’s not that people don’t respect what you’ve done, but like they say in the entertainment industry, you’re only as good as your last project and it better damn well have been yesterday, not 10 years ago.

With this in mind, I recently had a meeting with my agent and a prominent magazine publisher to explore the possibility of my getting back into cover and editorial shooting.

This is how it went…

“So tell me a little bit about yourself, about your photography career.”

“Excuse me? You don’t know anything about my work in the industry?”

“Have you performed an Internet search or anything?”

“Of course. But what I found appears to be, for the most part, fine art, which is not what we do.”

“I thought I was finished with commercial photography forever. Now I’m back in the mail room. Wow.”

“Jay has had an extraordinarily successful career, but he chose to let it go years ago in favor of fine art, mostly because he could afford to. But his desire to get back into it is great for you and your publication because he’s willing to offer you a free cover and editorial so you don’t have to bring in someone from New York… right, Jay?”