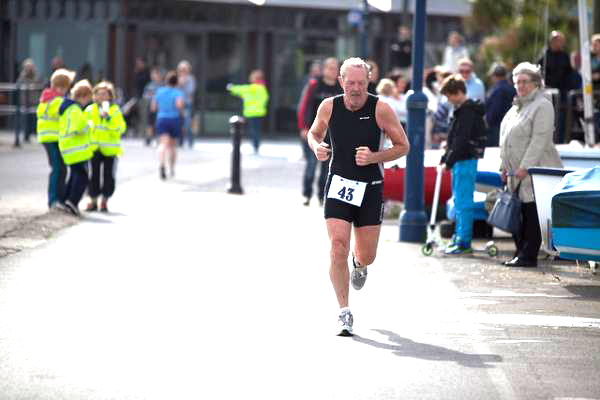 I know a few older men [and women] who would rather die than miss a workout.

This is because missing a workout is worse than death.

There are quite a few exercise-addicted older men with whom I share a gym acquaintance.

It could be argued that I myself am an exercise addict to the extent that I train 6 days a week for 1 hour, sometimes 2, rather than 5 or 6!, which is not uncommon to many.

Most of the men in question are single – always single – principally because there is no room for anything – or anyone – else.

Exercise releases endorphins and the hormone Serotonin, which one tends to get used to – or addicted to – as the case may be.

Eventually the highs take over one’s life and everything else becomes meaningless.

Just ask anyone at AA what it feels like not to have drugs at their disposal.

John [not his real name] is 58 years of age and prides himself on his ability to run 5 miles before hitting the gym, where he performs hand stand push-ups and double-under jumping jacks to the amazement of everyone around him.

In this sense, he’s his own circus act.

His thin, muscular frame, and gymnastic abilities, earn him the respect and admiration of his peers, which is all he needs to side-step existential pain.

For a little while he can forget about his aging wife, his kids, his financial obligations.

In essence, he becomes someone else.

But eventually he has to go back to the “other” reality.

For some the transition is seamless.

For others, it’s like that classic Twilight Zone episode where the old woman lives through television re-runs of herself as a beautiful young actress, imagining that nothing has changed.

A married man with a family doesn’t have that luxury.

Now visualize a single man with time on his hands, and exercise addiction become a full-blown psychosis.

No wonder I see the same anorexics, bulimics and exercise addicts appear at my gym day after day, year after year; until one day they show up on crutches after a hip replacement – or just disappear altogether.

When people inquire as to their whereabouts, the refrain is always the same:

“They died doing what they loved.”

I guess one could say the same of heroin addicts.

Every addict has an excuse for dying, though they don’t couch it that way.

In the end, there is a razor thin line between exceptional fitness and clinical addiction.

ARE YOU AN EXERCISE ADDICT?

Seven factors are assessed and it’s something for you fitness junkies to consider:

Tolerance: Do you need more and more to achieve the same effects?

Withdrawal: Do you experience increased agitation, fatigue, and tension if you don’t exercise?

Intention Effect: Do you exercise for longer than intended on most trips to the gym?

Lack of Control: Do you have difficulty scaling back the duration and intensity of exercise?

TimeSpent: Do you spend huge amounts of time on fitness related activities?

Reduction of Other Pursuits: Is exercising too much affecting other parts of your life? (social, work, relationships)?

Continuance Despite Injury: Do you train even when you are injured?

It’s been my experience that all exercise addicts my age would answer yes to all of the above.

Adding fuel to the fire, they “supplement” their fitness regimes with testosterone injections, HGH and anabolic steroids when the effects of aging begin to present.

This helps perpetuate the cycle long after nature fails them.

But longevity isn’t the name of the game in this world.

A few highlights from the article that all of us who have, at one time or another, crossed the line into exercise addiction know well:

1] We are often sick, injured or depressed.

2] We define our happiness by our bodies and level of fitness.

3] Our relationships suffer [or don’t exist at all]

Training in proper measure is one of life’s most rewarding [and sensible] choices.

It’s not easy, and it does require major adjustments in lifestyle habits, but it must be balanced against everything else in life.

From personal experience, I can attest to the fact that if you don’t keep an eye on BALANCE, your life will get smaller and smaller and smaller until it’s just you and a bunch of codependent addicts enabling the cycle of addiction as the world passes you by.

Then again, if you can afford to run down the clock without having to worry about friends, family, spouses [or even a dog], we’ll all just do what we always do, which is use you as examples of what exercise addiction looks like, and why therapy is a better alternative.