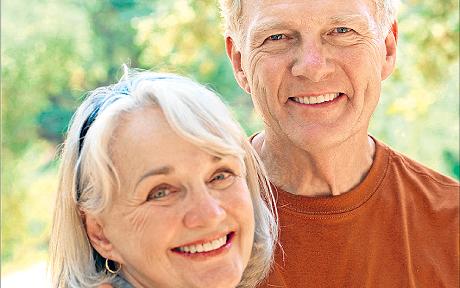 I don’t know about you, but every time I see an ad targeting my generation [those born between 1946 and 1964], I feel like an outsider peering into another universe.

The couple above is what most people of the aforementioned generation are supposed to look like – at least the oldest among us. And I suppose that for many, this is relatively accurate.

I don’t know them, but I am told they exist. 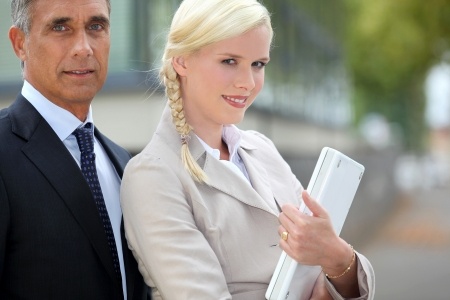 While I’m not a “tie guy” or corporate raider, this couple more closely resembles my demographic.

With these misconceptions aside, let’s take a closer look at even more of them:

10 MOST COMMON MYTHS ABOUT BABY BOOMERS

1] Boomers are all the same.

Hardly, as evidenced by the disparity of the couples in the above photographs.

In fact, I’m sure THE ONLY COUPLES I know that resemble the first one are in television ads.

2] Boomers are the “Me” generation.

More so than Millennials?  Gimme a break.

70 percent of Boomers say they have a responsibility to make the world a better place, and 57 percent say they try to buy from companies that give back to their communities.

In case people forgot, Boomers were in the workforce during the evolution of computers, email and the internet, and were the first to understand the value of technology.

Our online activities include instant messaging, downloading music or movies, financial transactions and online gaming…among others.

4] Boomers are winding down with age.

Is this a joke or what?

Most Boomers I know are working more now that they have money than they did before they had a dime.

The typical Boomer in my world goes to the gym regularly, travels a lot (“60 million took at least one trip last year”), and attends live sporting events (“22 million” by most estimates).

I could go on.

5] Boomers are all wealthy

Collectively Boomers are the wealthiest generation in history.

In fact, one quarter of Boomers have no savings or investments at all, which I know is shocking to most of you who read this blog.

6] Boomers are brand loyal and will not switch

Boomers are just as likely as younger cohorts to experiment with new products. They are actually paying attention to advertising for new products, and 61 percent of Boomers agree that “in today’s marketplace, it doesn’t pay to be loyal to one brand,” compared with 62 percent of those age 18-41.

7] You can capture Boomers with mainstream advertising

Boomers are paying attention to advertising, and 66 percent say that ads have gotten more crude in recent years and another 67 percent say they are less likely to purchase a product if they find the advertising offensive.

23 percent say they consider ads that are geared toward their age group insulting.

Can you blame them?

Turn on any news channel and all you hear about are pocket catheters.

8] Most Boomers are married empty nesters

Only about 1 in 4 Boomers fit the profile of married with adult children who have left home.

37 percent of Boomers still have children under 18 in the home – and one-third of Boomers are single.

9] Boomers are downsizing their homes

Few Boomers I know ever downsize anything.

Despite the image of older consumers “winding down” as the years progress and simplifying their lives and homes, just 6 percent of Boomers are planning to be living in a smaller residence five years from now.

Moreover, 76 percent plan to live in either a same-sized (their current home or a new home of the same size) or larger home, often much larger, usually with an infinity pool and outdoor hot tub.

Contrary to much of the attention given to the first Boomers’ turning 62 this year and being eligible to take Social Security benefits early, in reality very few Boomers are planning to stop working entirely when they reach retirement age – only 11 percent.

Most of what you read about Baby Boomers is grossly inaccurate, and this is surprising given the fact that so much effort is put forth marketing to a generation holding the lion’s share of wealth.

When I watch commercials targeting my generation, I just assume it’s target the generation before because I simply cannot relate.

This is not about denial, by the way, though I’m sure there is an element of that in everything we say, do, and feel.

With all of this in mind…

HERE ARE THE 10 MOST COMMON REALITIES OF BABY BOOMERS [LIKE ME]:

1] We tend to date, and, sometimes marry, women much younger than ourselves.

2] Relevance is our crucible, therefore we never stop working, achieving…having something interesting to say at cocktail functions.

3] We’re sensitive to stereotyping and won’t spend a dime on anyone who doesn’t respect our sense of cultural sovereignty.

5] Many of us can kick your butt in the gym.

6] We don’t mind someone else picking up the tab even if we can buy and sell them a hundred times.

7] Shaving, waxing and laser hair removal are all considered normal maintenance regimens to most of us.

8] 100% of us own notebook computers, desktop computers, Iphones or Droids, Ipads or mobile readers, and bluetooth-enabled headphones.

9] 99% of us drive at least one of the following 5 automobiles: Land Rover, Jaguar, Mercedes, BMW and Porsche.

10] Among my generation, testosterone supplementation is beginning to rival water consumption.