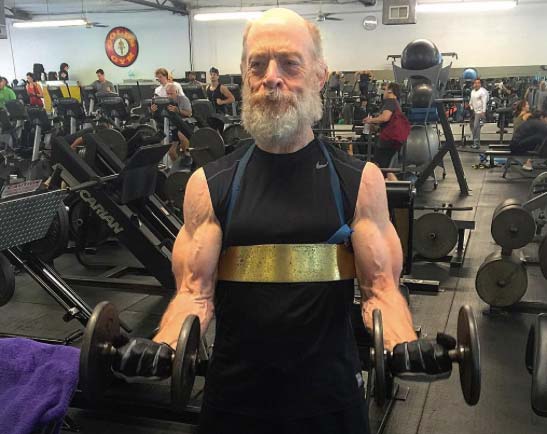 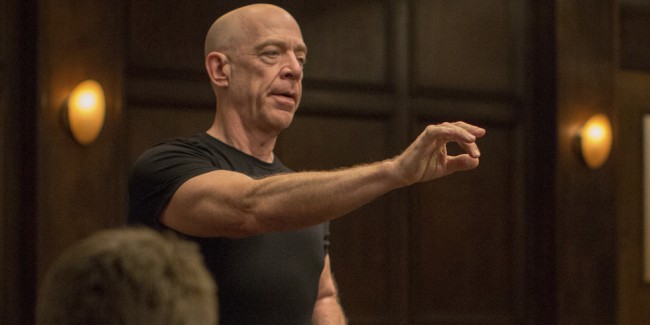 This is the guy you’re probably familiar with, a bit younger, and before all the steroids. Still very fit, but not totally insane!

So what in god’s name does JK Simmons eat for breakfast? Steroids.

What does JK Simmons eat for lunch? Steroids.

What does JK Simmons eat for dinner? Steroids.

And in case you’re wondering what in the hell JK Simmons is getting so jacked for, apparently it’s for his new “Justice League” role.

Most of you are familiar with the concept of reincarnation, but at my gym, it’s taken quite literally for good reason.

Average guys you’ve seen around the gym for years – decades in some cases – suddenly reappear, almost unrecognizable, with muscle chiseled like Italian marble, and attitudes to match.

No longer are they just some office guy with a wife, two children and a chronic headache.

How does this happen? How does such tremendous transformation in size and attitude occur at such an alarming rate?

How do you think?

How does a distance athlete, for example, maintain so much mass and leanness burning tens of thousands of calories a week — without any strength training?!?

There is NO OTHER WAY to accomplish this feat of preternatural transformation without help from big pharma.

Am I knocking steroid use? Hell no. I’m just calling bullshit on those who refuse to admit the obvious.

Older men of means, and particularly the more vain among us, do not wish to fade out slowly.

They want to run hard, play hard, and look good at any and all cost – cost being the operative word because nothing in life is free, and I’m not talking about the cost of medication.

What’s fueling all of this is a loophole in the medical industry that allows physicians to deal steroids under the auspices of hormone replacement therapy.

It’s been going on for many, many years, and finally, the advertising has paid off.

Now any Internist with an average practice can become a multi-millionaire dealing testosterone, HGH and a litany of other related drugs to affluent older patients who want another shot at youth.

This is considered normal in many circles, mine included.

I bring all this up because most everything you ever read on the Internet about older men achieving these super-human physiques through hard training, diet and rest is absurd.

This doesn’t mean you can’t be fit and strong at 60.

What it does mean, however, is that without drugs, you’ll have to lower the baseline if you’re interested in getting anywhere close to reality without blowing your brains over a goal no human can otherwise achieve.

PHYSICIANS CATCH ON TO THE GRAVY TRAIN

I remember just a few years ago when money started drying up for physicians that alternative income sources started popping up all over town.

Most of them were Botox and Juvederm parties where Internists, for example, would invite 100 of their friends over for injections over cocktails at $500 a pop.

If the parties were big enough, they would offer greater discounts.

This went on for a while until a new breed of doctors started offering testosterone to their patients with “low-testosterone.”

The market for testosterone was ten times more lucrative because it required weekly injections, rather than injections once every two years.

Making things even better for them is the fact that patients don’t have to take blood tests, just have a conversation with the physician about how you don’t feel at 60 the way you did at 25.