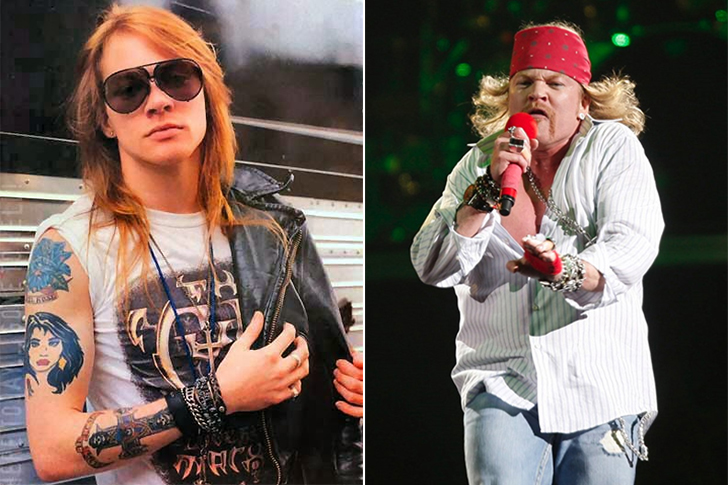 You can blame a crappy appearance on the passage of a few years.

But you can also blame yourself for how you spent them.

In other words, “You make the bed you sleep in…” as my grandfather, Shelley, used to say.

Unfortunately, Axl Rose started out with a bed in complete disarray.

Thankfully, his voice and ability to write memorable music were enough to carry him through a lot of the turmoil.

But he is still a tragic result of his past.

So did misfortune cause him age badly?

But with help, most of us are salvageable.

In his case, he was either unable – or unwilling – to overcome the demons that laid waste to his childhood, and what we now see is a reflection of how he feels about himself.

There are many talented celebrities who have aged incredibly well.

In every instance, though, it’s because they took great care of themselves –– not because they visited a Devil’s Crossroads or were born divine.

Sting comes to mind as he always does in these narratives.

Aging is not a death sentence in the context of appearance.

It’s a series of choices.

I bring this up because MSN is fond of writing attention-grabbing headlines about how badly some celebrities have aged, like they were somehow struck down by God while shopping at Whole Foods.

But many would argue that an exemplary 53-year-old actually constitutes an improvement.

While youth and beauty are synonymous in absolute terms, aging well balances the scales because it is one of life’s consummate achievements.

Just ask anyone who’s ever won an Oscar.

Aging badly is most often tied to two things:

Both are tied directly to self-esteem, and both are treatable psychiatric disabilities.

There is a third possibility, but delusion doesn’t count.