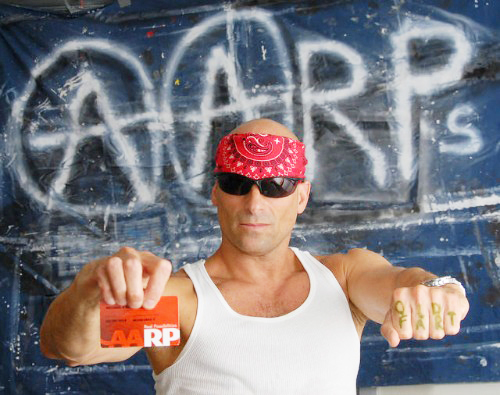 At 60, nobody has the vaguest idea.

Upon the referral of a medical acquaintance at my health club, I went in to see a new Internist.

By the way, I already have a couple of internists, but I figure 3 is better than 2 and so on.

“He’ll take good care of you” I was assured.

In other words, he was someone who would understand my situation.

Obviously, this is not literal. But in the context of what men think of “living,” a few years down the road is the opposite.

It’s really kind of Buddhist, but since we don’t live like Buddhists the allusion only works at cocktail functions after about two hours of drinking and fudging accomplishments.

Back to the Internist, I enter the plush setting situated at ground zero of an uber-expensive zip code, and am handed a few pages to sign that have everything to do with money and nothing whatsoever to do with health.

“I _______ agree to pay Internist $500/Hour for consultation, or prorated increments thereof.”

Furthermore, “I_______ understand that insurance is not accepted, except in the case of blood work, in which case insurer shall cover the cost of such services.”

Okay, so I wanted personalized service from a new Internist who would be available to me on an as-needed basis, still unfortunately this would still be at the $500/hour rate.

In many cases, you pay an annual fee for “concierge service,” but this takes it to the next level.

Most people would take one look at this paperwork and walk out the door. But to guys like me who want medical care and advice the way we want prompt room service, we pay through the teeth for it.

After a conversation about life, love and the pursuit of immortality, my bill for the visit was $645, which after all did include the drawing of blood.

All of this brings me to my point, which is older men have no idea what to do – or, for that matter, what to expect – where optimal health and fitness are concerned.

The reason for this is that there are no established baselines, which is precisely because there has never been a generation like this one in the history of mankind.

1] We live longer than ever before, so, like, what the hell are we going to do with all the time?

2] We expect more from life – and our bodies – since we’re going to be around a while.

3] Many of us can afford better service, and since we’re no longer 25, we won’t sit in the back of the bus anymore [something not lost on those who send us bills].

4] Many of us are divorced and dating women half our age, which throws a whole new level of confusion into the mix.

5] Mid Life Crisis is something most driven, successful men experience at 10 times the rate of men who are happy with an outdoor grill and wife who loves them for who they are.

If I walk into a gym and start to feeling fatigued after 30 minutes of cardio, is it because I’m old, or that I’m on the verge of a stroke?

Do I need to push my body harder so that I can handle more physical stress, or am I already at my threshold?

If I were 18 my high school coach would throw me against a wall for hurling in the middle of practice.

If my blood work looks good, am I green-lighted to workout like I did in college, or is blood work coupled with age mitigating?

I have no idea, frankly.

This is one reason I pay so much for medical advice.

When I was young people like me didn’t exist.

Now we’re everywhere and none of us have the vaguest idea how to navigate this new terrain.

The rest rely on psychiatrists.

But we all understand that the party won’t go on forever no matter what we do, which never stops us from trying.