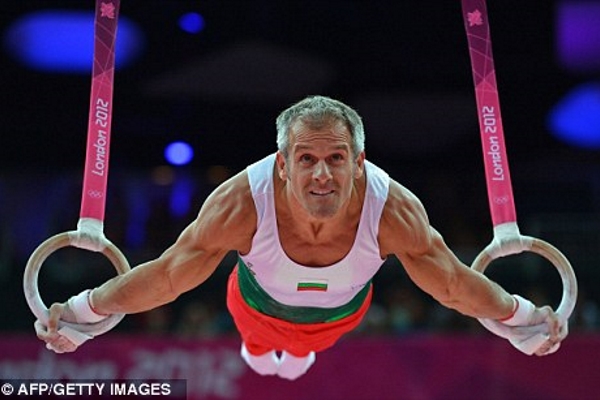 As every older athlete knows, non-athletes are masters of projection.

Whatever they’d like to be doing – but can’t – they pretend is some sort of psychiatric disability in others.

With this in mind, here are 10 of the most often heard comments from older, non-athletic gym members.

I will dissect each of them in turn…

Translation: I hope you sprain your knee doing all that stuff I wish i could do – or felt inclined, inspired or otherwise not too lazy to do – so I’d fell better about not doing it.

#2] You’re going to hurt your back doing all that weight!

Translation: I hurt my back working in the garden, so I’ll be damned if you get to lift 400 pounds without at least a strained tendon.

Translation: I’m not 20 anymore and man do I feel it. So hell no! You’re not going to feel one bit younger then me!

#4] Are you trying to win a bodybuilding contest?

Translation: I resemble a human leviathan, so no, you don’t get to make me look and feel irrelevant!

#5] Doesn’t all that weight bother your joints?

Translation: I can’t get out of bed without  bottle of Advil, so how can you possibly lift that much weight without swallowing two?

#6] Are you taking steroids?

Translation: Because I look like crap, he should look like crap. And if he doesn’t, it’s because he’s taking steroids, which doesn’t count.

Translation: This is back-handed compliment that is both self-deprecating and dismissive. Sure, I’d like to look like that, but what ‘lunatic’ puts in that much effort without some psychiatric disability?

#8] Where do you get the energy to workout like that?

Translation: I have no energy to speak of, so why [or how] does he? This is also a way of putting me in my place through subtle innuendo that he knows I am, in fact, no longer 20.

#9] I know a man who ended up in the morgue doing that.

Translation: I’m afraid to anything physical anymore as I fear death more than I fear doing the things that I love. So basically, I’m already dead.

Translation: What difference does it make whether or not I work out? We’re all going to die. Of course, living better always trumps living longer, so there’s that.

There is no question that we Baby Boomers can no longer train the way we did at 20.

But this does not mean we can’t kick the average 20-year-old to the curb in the gym.

In order to do this, we must train smart.

If you can afford it, hire a qualified personal trainer with a degree in Kinesiology.

That’s what I did and it’s why I’m where I am today.

Your trainer can also offer tips on nutrition, and help keep you motivated.

The most common reason I hear from older men as to why they don’t hire a personal trainer is that they don’t want to commit to a certain time to train everyday.

Translation: I don’t really want to put myself through all this crap. Who am I kidding? 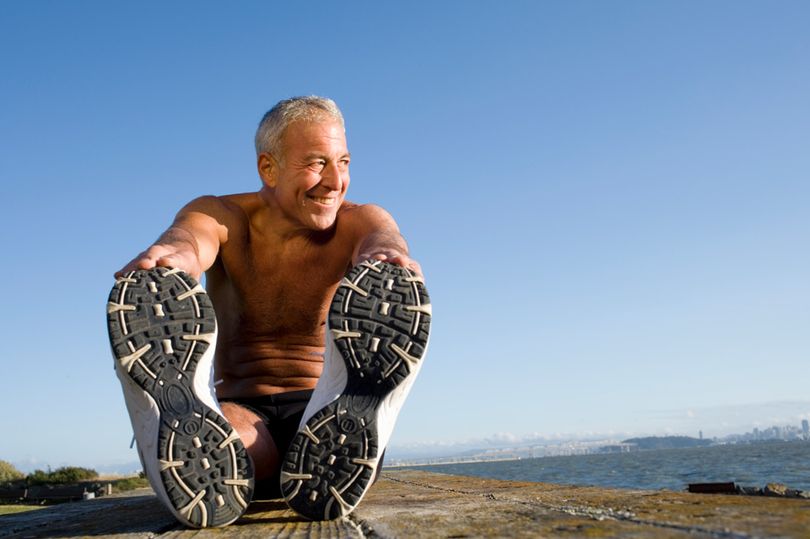 Researchers at University College London found a direct link between major health problems like heart disease, strokes and diabetes, and the amount of exercise done.

Those who regularly undertook moderate or vigorous physical activity at least once a week were much more likely to be “healthy agers” than those who remained inactive.

People who became physically active during the eight-year monitoring period were three times more likely to be healthy agers than those who remained inactive.

And those who engaged in regular physical activity for the whole eight years were seven times more likely to be healthy than those who did no exercise.

“Significant health benefits were even seen among participants who became physically active relatively late in life.

This week in the gym was a tough one for me.

I officially entered my 60’s last week and I didn’t take it well.

We stayed home, cooked, huddled together with the dogs and cats and waited for the 24 hour period to pass.

This was not the me I used to know.

That person would raise a middle finger to the wind and pull a gym PR.

This time it was different.

Some call it rumination, a synonym for clinical depression in my book.

Instead of getting over it, I tried to walk through it.

The first day in the gym I suffered a nose bleed in the middle of my dead-lifts.

That blew my day because the bleeding wouldn’t stop.

The next day in the gym I suffered a a bout of hypoglycemia, which made me nauseous, forcing me to leave the gym to eat.

Then I started feeling these out of body experiences, coupled with extreme fatigue.

Yep, I was officially old and falling apart.

Life had it talons in me and I was completely and utterly fucked.

So I called my therapist who then told me that what I was experiencing was a late stage midlife crisis.

I’m beyond midlife by 15 years.

I think of it now as a late 3rd quarter reckoning.

So what the hell was it?

I booked a 90 minute massage, talked to my girlfriend [who assumed I was losing my mind], then finally had a heart-to-heart with myself.

My nosebleed was caused by a strong anti-inflammatory that I happened to take the morning of a tough workout. Not advisable according to my physician it thins the blood, which can lead to nosebleeds under the pressure of heavy weights.

Note to self: If you want to take this drug, do so after a workout when blood pressure isn’t through the roof [with 450 pounds or more in my hands].

Was I not eating enough?

Subconsciously I have been cutting calories because I prefer to be extremely lean.

But it’s impossible to achieve the look I would like without the help of anabolic steroids, which I don’t take.

So I started concentrating on eating more, eating better, fueling my body in a very conscious and proactive way.

Suddenly, no more blood sugar crashes, fatigue gone, and I felt like myself again.

Funny how that works.

I bring all this up because a lot of things happen below the surface in men like me who feel like adolescents in the bodies of older men.

We’re forced to grow up again and again.

And that’s okay because constant maturity has never been a strong-suit of mine, and reality checks are just part of what keeps me going.

As most people know at this stage of the game, denial is the mother of misery.

This is a mostly ridiculous piece of filler tripe that panders to the free love narrative.

“It’s all good as long as you come home at night…at some point.”

Relationships are usually tugs of wars that, in the end, are far more fulfilling than they are anything else.

This is a good thing.

People who get bored with their spouses and decide that the best remedy is an affair are digressing back to the model of eroticism being the pinnacle of sexual achievement.

It is not anymore than a bump of heroin is the pinnacle of responsible decision making while in the throes of a depressive episode.

Men who take lovers – and vice versa – are escaping the hard work of relationship building, and they do take work like anything else worthwhile in life.

Short cuts always implode no matter how good the sex happened to be.

And while that memory may awaken something in an otherwise dormant relationship, it’s just the fantasy talking.

No one is better in bed, just more enthusiastic courtesy of a fleeting encounter.

And if anyone thinks their significant other doesn’t question the sudden change in mood, they’re delusional.

In short, affairs do nothing but bleed the life out of relationships no matter what your dick has to say about it. 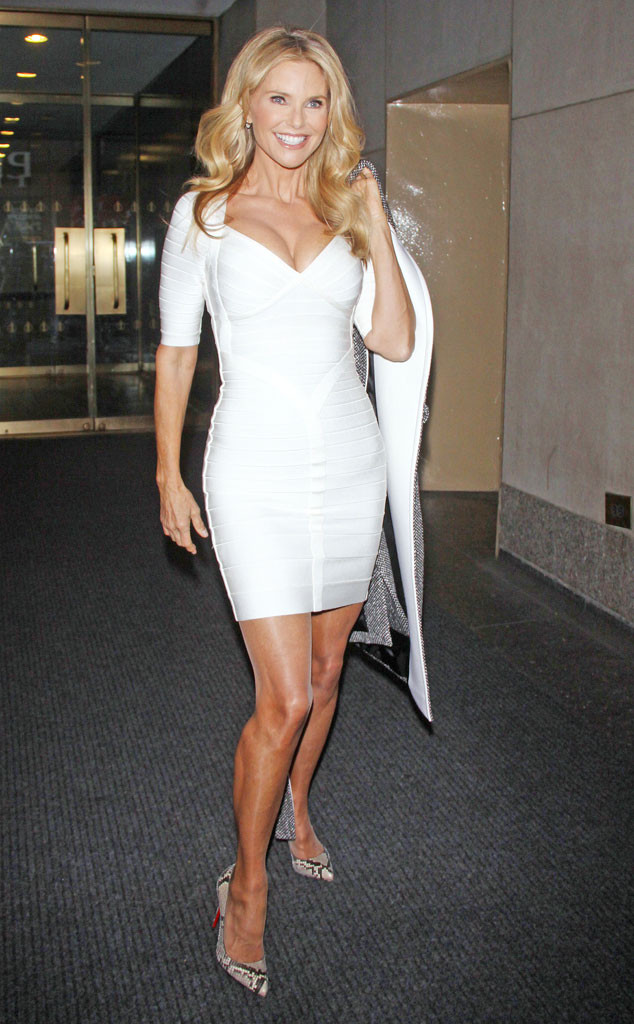 Anyone who’s had any exposure to people of means knows that any physical resemblance to average people is a stretch.

For example, it is not uncommon for 50-year-old women to look younger than her actual years.

No lines, exceptionally fit, tanned and polished to perfection.

This takes time, money and the right culture group to keep them motivated.

And believe me when I tell you, what they have to lose by not keeping themselves in exemplary condition far outweighs the alternative.

Having said all of this, as a veteran of these byways, I can spot a 50 or 60 year old women a mile off.

Sure, they look great for their age, and certainly better than their less well off contemporaries. But make no mistake about it: they still look 50 or 60.

So while Ms. Brinkley looks great for her age, she is still 62 no matter how great she looks for 62.

The same applies to me, by the way.

We look great by comparison to others, but we’re still where we are no matter what any plastic surgeon has to say about it. 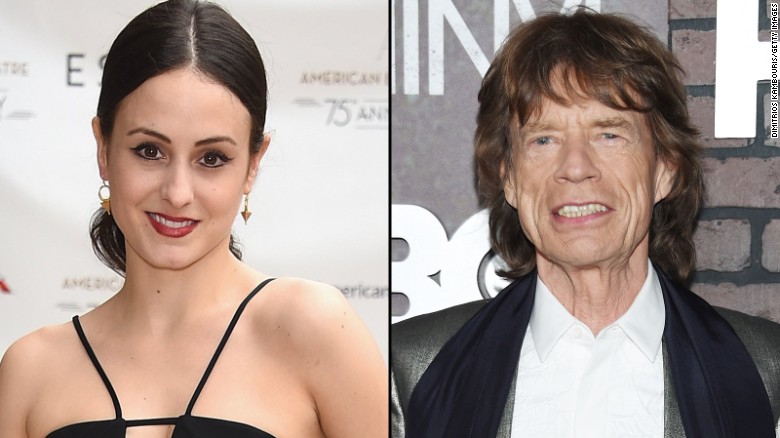