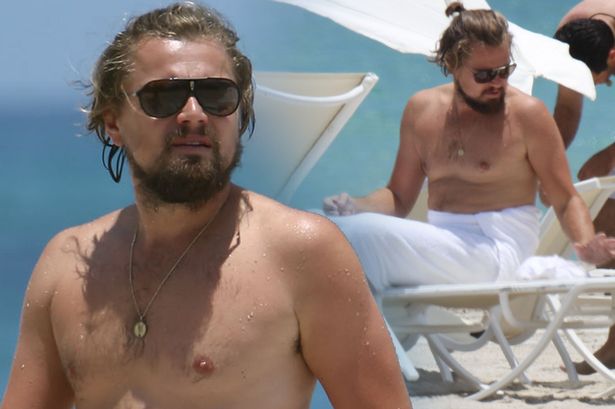 In this photograph, Leonardo DiCaprio sports the sexy new “Dadbod.”

I added a second link below of a survey of women who seem to prefer a bit of flab over super fit by a wide margin [no puns].

The more success = the more beauty.

It’s a simple equation that cuts both ways.

And while no one complains about both parties being in top physical condition, women are less inclined to appreciate what they consider to be physical competition.

1] It makes them feel less secure about their bodies than they already do, no matter how beautiful they happen to be.

2] It makes aging an even bigger existential nightmare than it already is since older people look worse than younger people no matter what Koolaid you’re drinking.

3] It forces women to sleep with one eye open knowing other women are angling for their successful – and damn good looking– husbands, which places even more pressure on them to remain physically flawless, even though it’s physically impossible.

While most in-shape women would probably consider DiCaprio out of shape and in dire need of a bra, they would also be the first ones in line should he express an interest in them.

The same cannot be said of men if the woman in question happened to be physically unattractive.

This disparity is at the crux of the phenomenon.