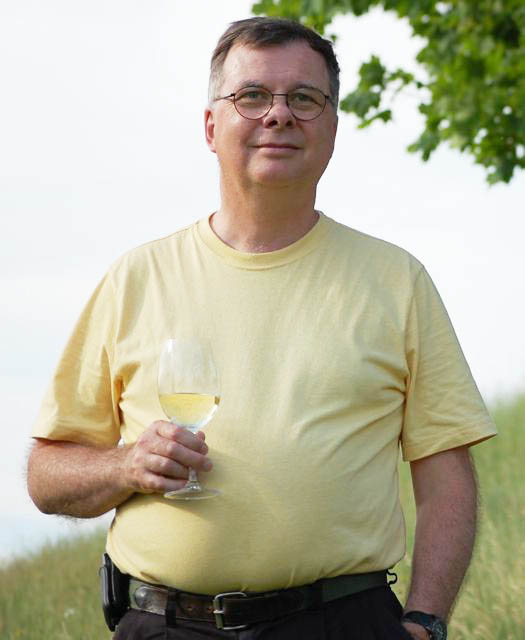 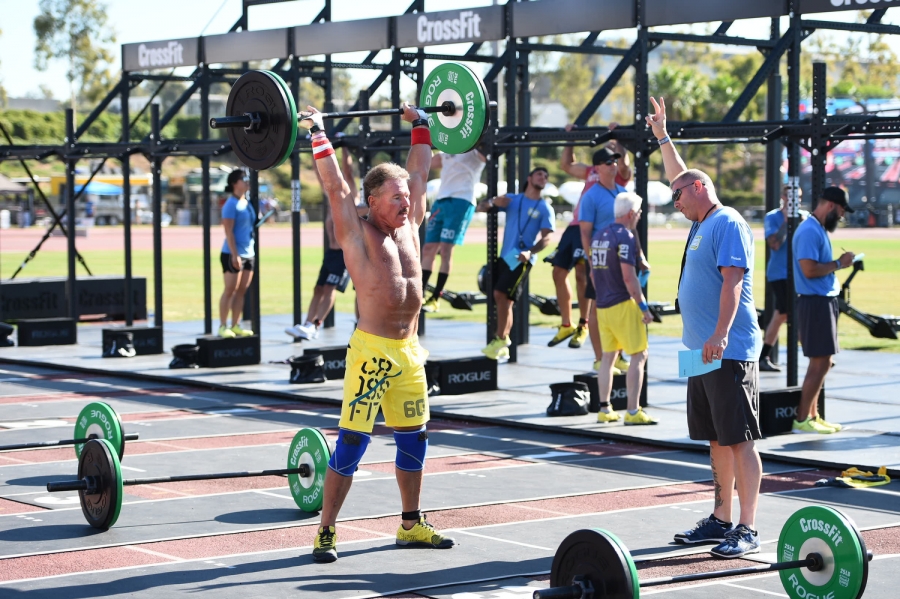 Scott Olson, winner of the Masters 60+ division of the 2014 CrossFit Games!!! 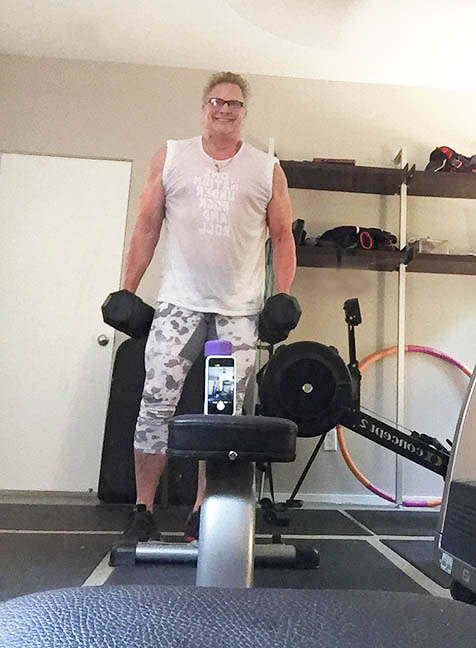 I’ll explain why men in my demographic would rather put a bullet in their heads than look like the first guy.

There are certain areas of the country where looking “normal” is considered normal.

While traveling during my years as a professional photographer, I noticed fat farms mostly in small communities, where having a 400–pound wife was considered a “bigger bang for the buck,” and husbands with pregnant guts were simply men of “healthy appetites.”

Needless to say, this mindset insured that everyone stayed out of shape…and home where they belonged.

There are smaller cities like New Orleans where a daily diet of fried foods and vodka-martini nightcaps are indicators of “healthy lifestyle choices.”

It’s among a few places in America where alcoholism and type 2 diabetes are considered a normal part of the aging process.

In places like Houston and Los Angeles [to name just a couple], being grossly overweight – or overweight at all – is unacceptable.

The only obese people I ever see are suffering a psychiatric disability or some form of head trauma.

Note: Our version of obesity is anorexia, which is considered acceptable in big cities.

Digressions aside, obese people are often heard using the “thyroid” argument to justify [or explain] their conditions, but it’s usually dismissed because everyone already knows from TV that POW’s with thyroid problems are still rail thin.

The only people who get away with obesity are billionaires who spend all their time around hookers who find them irresistible.

It is common to see suburban daughters of obese men lovin’ on their dad bods.

But the innuendo is demeaning, not that anyone openly acknowledges it because the fading dad feels loved – while the daughter, worshiped.

Everything in its right place in time.

I’m young + you’re old = my girlfriends are off limits.

When you enter your 50’s, the first thing you start hearing about is how you need to slow down, moderate your physical activity.

After all, you don’t want to risk “injuring your back.”

Of course, it’s the other way around, as anyone who works out hard eventually learns.

Then we’re hammered with TV ads stereotyping us as feeble and resigned.

I can’t count the number of actors in pharmaceutical ads who play Pillsbury Dough Boys on golf courses in the company of matronly “wives” who look like they could play stand-in for their mothers.

This is NOT reality as I know it, and it shouldn’t be for you.

Don’t accept the defeatist mantra that sucks you into the BIG PHARMA bandwagon before your time.

Fire physicians who tell you to slow down when you have no reason to do so other than fear.

Burn your golf shirts and pleated khakis and get under some weights.

Old age is decades away. Your time isn’t up.

If anything, it’s a new beginning. A new chapter. New rules of engagement.

Your life doesn’t end just because the calendar says your time came and went.

If that’s the case, you’ve got a lot of time ahead of you to be miserable.

If that’s what you want, go for it.

Remember: It’s a choice, not a physical reality.

The sooner you wake up with this mantra in your head, the sooner you’ll be doing wall-balls and push-ups at 78.

I know quite a few men like this who could kick your sorry asses to the curb.

ACCEPT NOTHING UNTIL YOU’RE DEAD, then you can come to terms with certain limitations. 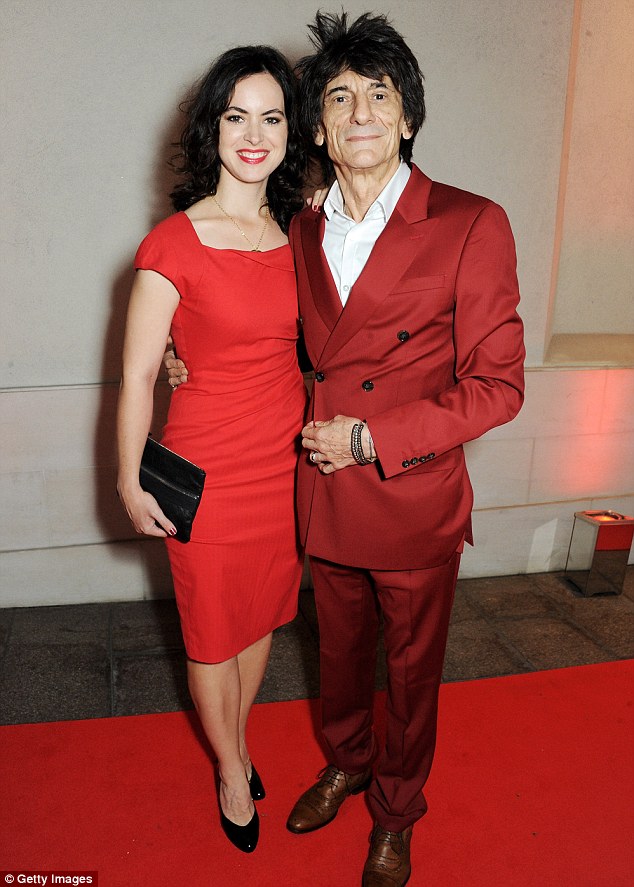 I’ve been in a May-December relationship for the past 4 1/2 years.

Like other relationships over the course of my lifetime, it has its ups and downs.

The fact that my girlfriend is, let’s just say, decades younger does not mean that I’m hoarding a slave, manipulating and controlling a psychiatric outpatient, or buying pills for a dependent drug addict.

It may be the other way around, but I digress.

I’m in a relationship with someone much younger than myself because someone I happened to find attractive felt the same way.

There are so many misconceptions to blatant prejudice based upon ignorance and/or projection tied to insecurity, mostly on the part of older women who consider this sort of thing a sacrilege, and therefore, grounds for open season.

When I was 18 years old, my girlfriend was 17, and yet we still broke up after a couple of months!

By the time I reached 45, my 30-year-old girlfriend and I lasted two and a half years!

As you can see, there was clearly a correlation between age disparity and perpetuity.

As the article points out, guys like me never feel our age, so maybe we all come to a place of acceptance where we learn to embrace who we really are, and allow ourselves to be hunted down like dogs and held hostage by beautiful young women.

You can think of it as a disability if it makes you feel better.

Do I feel exploited? Yes.

Have my urges obliterated all semblance of reason? Yes.

Am I complaining? No.

I’ve learned that how I feel inside my skin eventually manifests externally.

Thus, I’m still in my 20’s along with my girlfriend.

Finally, I learned the true meaning of acceptance, and so should you.