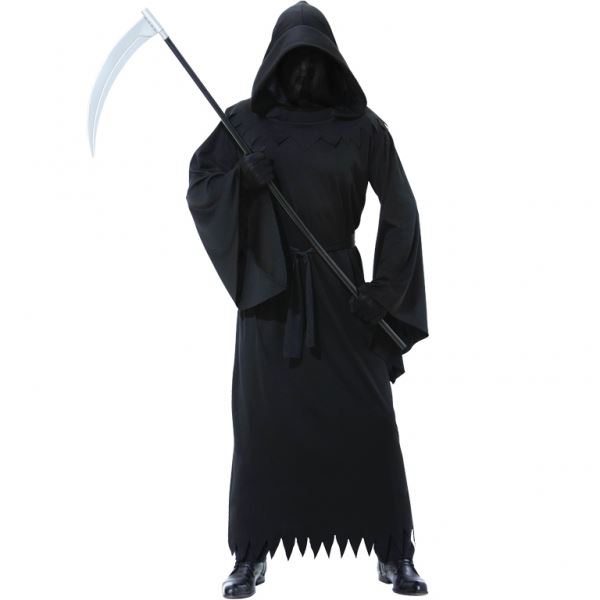 If you’re a cantankerous old coot, stoop-shouldered, brittle and in competition with cyanide gas for personality of the year, I’m not surprised.

Chances are your career is in the rear-view mirror; your wife of 50 years no longer recognizes the fearless and inspired man she once married; and the creeping specter of invisibility and irrelevance shadow you like ghoul with a scythe.

I bring this up in response to a recent encounter at my health club with a member of the undead.

Note: The following is a true story and one well worth broaching with a psychiatrist should you happen to find allusions to your own psychopathology in any of it.

“Courage and perseverance have a magical talisman, before which difficulties disappear and obstacles vanish into air.” John Quincy Adams

“Once upon a time …” Jacob Grimm

Subtlety is not one of my virtues.

But I am also not without compassion, empathy or remorse.

So while I’m not a particularly soft touch, I’m no sociopath.

To wit, the other day I found myself at the gym doing some lower back exercises when I noticed to my immediate left an older gentleman performing an exercise that, to be perfectly honest, defied explanation.

He was bent over at the waist holding two rubber grips, attempting to perform what I assumed to be bicep curls.

Mindful of the crusty and often paranoid nature of many such men, I made friendly inquiry into exactly what it was that he was trying to accomplish.

“Are you working your back?”

“No! I’m working my biceps as you can see!” he said with a huff.

I have to admit that I don’t do well in situations like these.

I was trying to be helpful and his response to me didn’t sit well.

Most people would take the hint and drop it, but I’m not most people.

“You realize you’re working your back with those limited motion pulls, right? Your biceps aren’t even engaged.”

With that, I thought the man was on the precipice of a seizure as his face turned a dark shade of scarlet.

“I teach physical therapy! I know exactly what I’m doing!!!” he yelled like a man at a Devil’s Crossroads.

“Then don’t you have the vaguest idea what you’re doing?”

He threw down the grips and stormed off back into his own Private Idaho, I assume.

What he failed to appreciate was the fact that I acknowledged him at all.

I bring this up because many older men die long before they’re technically declared dead by a coroner.

You can hear it in their voices, see it in their fading stature and presence, feel in the acerbic tone of their discourse.

Whatever once stood firm is not translucent, vaporous almost.

This man was no more than his late 60’s, and yet came across as a man dragged by his ears straight from Purgatory to endure another day of irrelevance in broad daylight.

Life does not have to be this way.

I know men 10 years his senior who stand tall, push hard, maintain relevance in every way.

They do not crumble under the pressure of years, but rather, they take stock of their blessings and carve them into lasting monuments that light the way for succeeding generations.

I have never heard a single criticism or missive from a young man or woman about any older person who maintains dignity and strength in the face of time. Never. Not once.

They are the way forward for all of us, to follow as beacons of hope while navigating the passage of years.

I honor all of them. Hats off.

This is what aging is supposed to look like, to be.

This is its gift to us all.

On a related note, there is a 78-year-old man [guy] at my gym who hangs out with the rest of us in a way that feels almost timeless.

Has he had his share of ailments over the decades? Yes.

As he said to me, “I may have been through hell and back in this lifetime, but what I learned from all of it is that none of us are perfect, but almost as few have the courage to persevere.”

Aging is a bitch.

Nothing works the way it once did.

You look in the mirror and see the lines, the changing face of time.

These are things that none of us can escape.

What we can escape is how we approach the war, and yes, a war it is.

life is not for the faint-hearted.

And while youth and beauty have their own unique merits, no one ever appreciates it until it’s gone.

And by then, pray you have a mentor who can help you get through it one piece.

In the end, I guess you could say that my attempt to contribute something to the aforementioned man’s life on that gym floor is the same contribution I attempt to make on the lives of men half my age.

Getting older is a time in life for sharing, for giving back, for making the world a better, more inspired place for everyone.

Irrelevance, like I said, should not be the job of the coroner.